mens health cme
Home Health Can we say Sugar is Linked to Cancer? 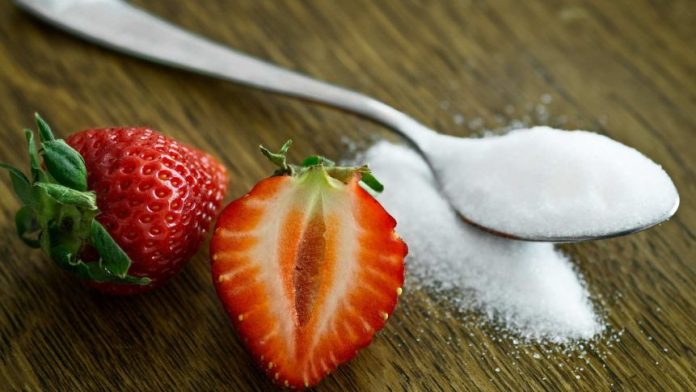 One of the better-documented scientific findings in the context of cancer development factors is the relationship between excessive sugar consumption, gaining weight, and an increased risk of cancer. However, the problem of sugar in the diet of an oncological patient should not be categorized – not all sugar is “bad”. Contrary to the usual patterns, glucose is not the only food for rapidly multiplying cancer cells, although its excessive consumption with the daily diet may actually adversely affect the condition of the entire body.

There is no doubt that excess sugar in the diet can be fatal to your health. Does this mean that you are to forget all the pleasures of the palate? No! If you eat fruit instead of candies and cookies and limit yourself to 3 traditional desserts a week, nothing bad will happen.

Our blood glucose level mainly decides the hunger. Glucose carried by our blood is used by cells to produce energy. When the blood sugar levels are too high, the body turns the extra sugar into fat. Controlling blood sugar helps keep your weight constant and your energy levels constant. We can say excess sugar linked to cancer.

Cancer starvation. Is it safe?

While fasting for a few days may be potentially safe for healthy people, it may be a contraindication in cancer patients, due to the potential consequences of malnutrition. It should be emphasized that the adaptive mechanisms that are activated in healthy people during fasting are disturbed in patients with cancer cachexia. The main difference between fasting in healthy people and the cachexia process in cancer patients is the speed of weight loss and the reduction of various tissues. In terms of energy, the energy balance of cancer patients causes a rapid loss of body weight in both muscle and fat tissue. In healthy people, the loss of muscle building material is much smaller. The reason is the high demand for proteins in patients with malignant tumors, the source of which during fasting is their own tissues, e.g. muscles.

Cancer is still treated with the same methods. This is partly because Western medicine is geared primarily to finding an effective drug to fight any disease. Any shift in cancer tactics is also delayed by the fact: different carbohydrates feed different cancers while others do not feed them at all; the whole process has more to do with inflammation than with cellular respiration, scientist suggested.

Sugar and cancer – control your consumption!

One of the main causes of weight gain and obesity (apart from consuming excessive amounts of calories) is excessive consumption of foods with a high glycemic load, which significantly increase blood sugar levels. The glycemic load is a measure of how food affects blood sugar levels. Protein and fat are of little importance in maintaining blood sugar balance. The sugars found in foods with a high glycemic load are quickly broken down and absorbed into the bloodstream, thus rapidly increasing the level of glucose. A few minutes after consumption, you experience an increase in energy followed by a sharp decrease in energy. During this time, we most often reach for something sweet to alleviate the symptoms of decline – which is unfortunately a “vicious circle”. Carbohydrates from foods with a low glycemic load (e.g. whole grains, vegetables, legumes) degrade much longer than refined carbohydrates. As a result, the glucose released from these products seeps into the bloodstream very slowly. This means that it is converted into energy, not stored. This keeps the blood glucose level in balance.

Sugar disturbs the physiology of our body

Why exactly sugar has such an impact on human health? There are still traces in our genes that several hundred thousand years ago we were hunters and gatherers. Modern man still needs only those nutrients that his genes know.

When our DNA was shaped, we consumed no more than 2 kg of sugar derived from honey a year. In the 19th century it was already 5 kg (mostly refined sugar), and at the end of the 20th century as much as 70 kg.

It must have ended badly. The human body is not able to process this amount of sugar without harm to health. Especially since he has to deal with not only him. We must focus on cancer fighting food if we see symptoms of cancer.

Apart from refined sugar (e.g. from sugar cane, beetroot, corn syrup), the source of energy unknown to the primitive man is e.g. starch contained in cereal products, including bread, pasta, rice. And you need to know that she is also a sugar compound, the so-called polysaccharide.

Unfortunately, the development of civilization has made us eat too much processed food, poor in essential nutrients, but rich in calories and substances that can disturb the physiology of our body.